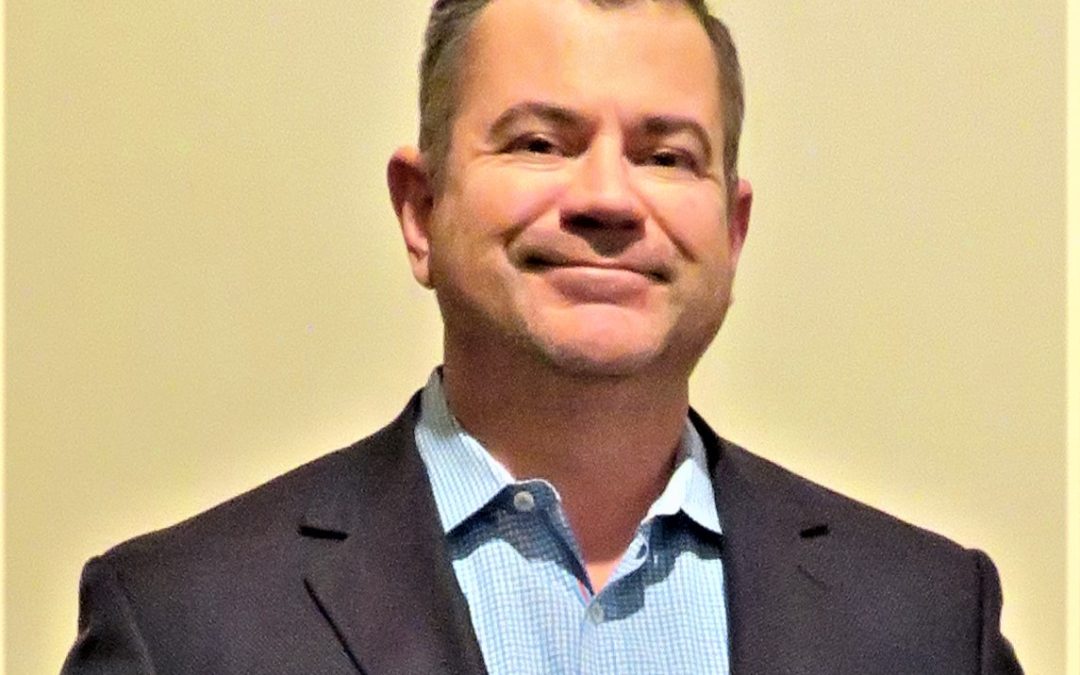 We always emphasize that Smart Factory is more than a company. Its people. Smart Factory would be nothing without the amazing group of professionals that make up our full time and part-time team. That said, we wanted to highlight our founder first, Doug Richards.

It started with code logs that were meant to be coloring paper. Doug’s father started programming for Santa Fe Railroad in 1968. Each night, he would bring home stacks of paper with codes on them. It was so that Doug and his sisters could color on them, but Doug found a secret language in all the coding on the papers. That and his futurist-style father were the start of Doug Richards’ long career in technology.

The term “IT” doesn’t sit well with Doug. The visage of a grumpy person behind a screen with no people skills is the furthest from the self-proclaimed nerd.

“I am still fascinated by how connectivity is changing humanity. I believe we are too close to the experience to see how deep this information revolution is affecting our world – on and offline – but we are unquestionably in the middle of a massive transformation of our culture and historians will study this time period for decades to come.”

Doug comes into the world of technology with no degree, but the experience of being on the front lines of technology. With the roots and influence of his father, he began working on websites in 1993, before the web was launched. It was the community of “freaks and geeks”, as Doug puts it, where he really learned and cut his teeth in the tech world.

Since then, he has worked with hundreds of companies in different roles. Doug has gained experience working with organizations that span from small startups to large corporations, even in music and the performing arts. Doug is not one to brag on himself, however, what he will say is that most of his business comes from word of mouth. This happens because his clients know that not only has he been able to help them, but that they can trust that when they recommend him, he’ll come through for them. Often the words loyal and trustworthy are used when describing Doug, along with the term “No Bull S**t”.

“I am best when I am working from a vantage of vision and details simultaneously. I build really solid teams that bring high value instantly – this is important since it is at the core of my model.”, Doug says as he describes the roots of Smart Factory.

Smart Factory wasn’t built out just an opportunity, but out of a desire to create a lasting impact in an underemployed community. Doug’s famous story of a mother in the supermarket is a story we’ve all experienced at some point. One evening, while waiting in line, Doug was behind a mother and child. The mother was attempting to balance a grumpy child and a work call at the same time, asking for the afternoon off so that she could take the child to the doctor. This was when he realized there are hundreds of individuals like this. Capable, single mothers and fathers that had to find a way to balance their families and their work. That’s when Smart Factory began to take form.

Doug has since built an organization, a family, of contractors with specializations spanning all parts of the tech world. These contractors are single mothers, father’s working towards a second income to save for their children’s college fund, and so many others. These people aren’t just “contractors”, but they are the reason for Smart Factory.

Today, on top of managing many Smart Factory projects and clients, Doug is very active in his community to give back. A regular supporter of the arts and a Board Officer for the Arts & Recreation Foundation of Overland Parks, Doug is a big believer in the power of the performing arts on a community.

Want to know more? Don’t hesitate to reach out!